A common barrier to Living within the Veils of the Heart is resisting the flow of “change” within our lives. Though “change” is inevitable and a consistent life factor, Humans tend to resist embracing “change” at varying degrees. Even for the adventuresome who overall embrace “change,” there is generally an area (or two, or three …) where the resistance flag is prominent.

For me, technology is a red flag resistance area. Once I finally let go, the “change” flows with reasonable ease and grace. There are many examples where I resisted new technology until it was common place. Fast forward the resisted item is happily integrated into my life: cell phone (basic), smart phone (iPhone), e-mail, texting, paying bills on-line, FaceBook, Twitter, and most recently Instagram.

Our Universe continues the journey further into the Light Side of the Galaxy. Within the Light, a silicon-based existence edges towards replacing the carbon-based life prevalent during the 12,625-years journey through the Galaxy’s Dark Side.

Commonly found in crystal quartz, silicon dioxide (or silica) is found in water, plants, animals, and within the Earth. The Earth’s crust is 59 percent silica, and it makes up more than 95 percent of known rocks on the planet. When you sit on a beach, it’s silicon dioxide in the form of sand that gets between your toes. It’s even found naturally in the tissues of your body. (1) Though it is rarely found alone, silicon is the second most abundant element on the Earth; oxygen is the most abundant.

Silicon is the basis for computer processors and intricately connected with emerging technologies, especially the advancement of computer-based systems. Silicon Valley is the home to many of the world’s leading high tech companies, as well as a plethora of start-ups.

Life on the Light Side of the Galaxy is a mystery.  Yet, silicon is destined for stardom along with its high tech applications. For those Living within the Veils of Heart, it is essential to flow with the abundant “changes-in-process,” especially those grounded in emerging communication vehicles.

Last week I committed the Sun in Leo time (July 22 – August 22) to expanding my creative boundaries via technology-based vehicles. First, I created my inaugural graphic announcing the Annual Elemental Impact (Ei) Partner Meeting in November. Second, the Atlanta Botanical Garden’s Earth Goddess was the foundation for my first photo collage. The learning curve was rocky and I was pleased with my tenacity and perseverance.

Earlier this year, I finished the Ei website left in disarray by a sudden departure. I dug deep, embraced my resistance to website updates, and was most pleased with the final site. Last month, I built and launched this blog and www.HollyElmore.com with no professional assistance, other than the WordPress chat support. My Heart sings whenever I flow within and through my resistance.

Awareness of resistance is the first step to embracing and flowing with inevitable “change,” no matter its form in your life. Taking heart-based action, grounded in love, is essential to evolve resistance into flowing with ease and grace. Tenacity, perseverance and courage are common traits for those Living within the Veils of the Heart. 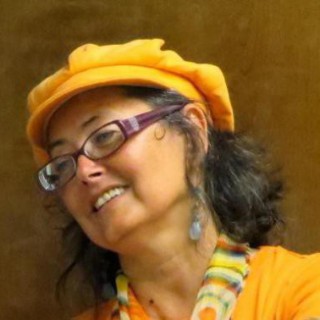 Passionate & driven, Holly Elmore is an accomplished business professional with roots in the corporate, entrepreneurial and environmental non-profit arenas. In addition, Holly studied extensively within matters of the Spirit. Sustainability of the Spirit blog posts intertwines Holly's business and environmental acumen with Truths from the Heart. Unless otherwise noted, all photographs are from Holly's extensive portfolio.

The IMPACT Blog
an Ei Blog authored by Holly Elmore

HollyElmore.com
a collage of Holly’s eclectic professional endeavors along with available contracted services.